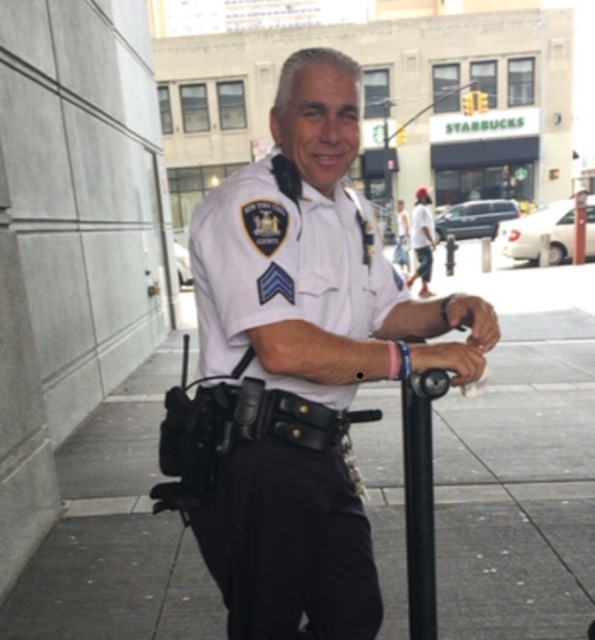 It is with great pleasure and sadness, that we announce the retirement of Sgt. Dom Dipietrantonio on September 29, 2020. There are many many things that we can say about Dom, but one thing about him that sticks out, is his love and devotion to his family!!!! If you know Dom, you know his family….maybe not in person, but he certainly had the pictures to show. Once he became a grandpa, GAME OVER…..his heart was forever captivated.
At the courthouse, Dom was a workhorse. It didn’t matter if it was zero degrees outside or 100 degrees, Dom was out there freezing or sweating. He was never one for backing down on an issue….he made his voice heard when need be.
When it came to sports, well what can be said…..he was in his glory. Not many guys half his age could keep up with him, nevermind exceed him. He brought the Bronx Supreme Criminal softball team to FIVE INCREDIBLE CHAMPIONSHIPS, as their Captain.
And with that, came his big heart….Dom always had his wallet available to the many requests for donations from his fellow officers. And when tragedy struck us not once, but twice, Dom made sure that the memory of Lester and Chance would never be forgotten, with a Mass of Remembrance at St. Angela’s Church on their anniversary date each year.
We may miss him, but the neighborhood kids will miss him more. He watched these kids grow from womb to school age as they walked past him on his post for 12 years. And I bet he knew all their names too. Parents still walk by asking, where’s Dom? He had quite an influence on those little ones.
So, here’s to you Dom….enjoy your much deserved retirement and spoil the hell out of those grandkids!!!!